The principality of Liechtenstein is a hereditary constitutional monarchy, based on a democratic and parliamentary system. Power lies with the Prince and the people and is exercised by both in accordance with the provisions of their constitution. The government is a Five Member governement nominated by the parliament and appointed by the Prince for four years. The head of Government is Otmar Hasler (FBP)

PAF has been supported by Liechtenstein Development Service (LED) from 2003 for its programme activities in Southern Province. LED was founded in 1965 and it is a private-law fundation to the people and governement of Liechtenstein. It provides official development aid on behalf of Liechtenstein’s government; works especially in rural regions in the fields of education, health and rural development; gives priority to gender issues, soucial justice and the governement in all rspects.

They visited the PAF programme in Nega Nega – Mazabuka. It was a joyous moment for the people of Nega Nega.
visit 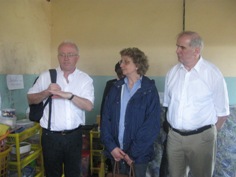 VISIT TO MAZABUKA BY PRIME MINISTER

After introductions it was followed by a song and testimonies from some beneficiaries of the LED supported programmes. Some of the members who gave testimonies were Enala Mwiinga 68 years, Everlyn Siazele 67 years and Abigail Kalonga 38 who were trained in various skills such as pump mending, organic farming, reading and writing to name but a few. They were happy that they had been equiped with life skills that have helped in uplifting their livelihoods.

The entourage was led by the Exectuive Director Mrs. Jennifer M. Chiwela and the host in touring the Nega Nega Capacity Building Learning Activity Centre (CABLAC) which was build with support from LED. The entourage proceeded to Mr Muyombo’s village to see vegetable gardens. This is one of the many families which benefited from the organic farming training which PAF through LED conducted. Alice Muyombo a Reflect Facilitator demonstrated her skill through this big healthy organic garden. 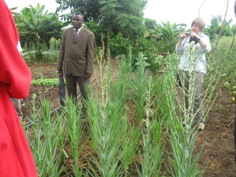 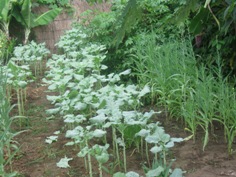 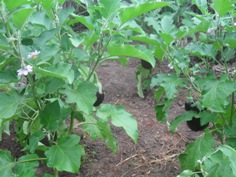 Ute Mayer (LED) taking photo’s during the visit to the gardens, a glance of the healthy vegetables in Nega Nega

The Prime Minister said he was happy to spend time with people in Nega Nega and to see that the money sent is being used for its intended purpose and said thank you in the local language, Twalumba. 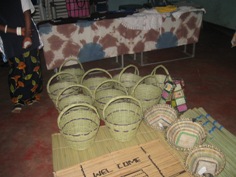 Visit to the Nega Nega Community School by the Prime Minister 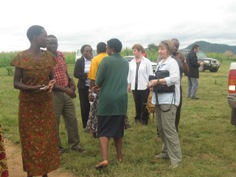 On Arrival at Nega Nega CABLAC